The Best of Bulgaria Tour

The Arda river in the Eastern Rhodopes by Dimiter Georgiev

Few countries can rival Bulgaria’s scenic splendour and diverse nature. The landscape changes every few kilometers to reveal alpine mountains, rivers with spectacular canyons, vast meadows and forests, coastal wetlands and sand beaches. With this tour we have tried to put together most of the country’s fascinating wildlife features and aspects.

Day 1
The tour starts in early afternoon from the coastal city of Varna, as the tour participants will be picked up from their hotels in the area or from Varna Airport until 14.00 h (2pm). Then we will transfer north to Coastal Dobroudzha (it takes about an hour and a half driving), where we will check-in for 2 nights in the area of the town of Kavarna. On the way we can stop at one of the Eurasian Eagle Owl sites to see this impressive bird.

The accommodation for the next two nights will be in the town of Sozopol (~ 30 km south of Bourgas).

On the way, when we are passing the city of Bourgas we can visit the Bourgas wetlands for about a couple of hours  – to see various water birds like the Great White Pelican, Dalmatian Pelican, Pygmy Cormorant, Squacco Heron, Black-crowned Night Heron, Purple Heron, White-tailed Eagle, Black-winged Stilt, Curlew Sandpiper, Collared Pratincole, Eurasian Penduline Tit.

The amphibian and reptile fauna of Ropotamo area is also remarkable.

Day 5
Transfer southwest to the Eastern Rhodopes, with a long stop in Sakar Hills, where we will be looking for the Eastern Imperial Eagle, Levant Sparrowhawk, Masked Shrike, Isabelline Wheatear, Olive-tree Warbler and Eastern Orphean Warbler. We will also see a lot of European Roller, European Bee-eater, Eurasian Hoopoes and Black-headed Buntings, plus colonies of European Souslik.

Accommodation in the area of Krumovgrad for 2 nights.

Day 7
In the morning we could visit one of the vulture feeding places in the Eastern Rhodopes, where we could observe some of the raptor and other species of birds, which we have missed or not seen well in the previous day.

Then we will transfer to the Western Rhodopes with several stops in the higher parts of the mountain to search for interesting plants and birds in the conifer forests and meadows.

Accommodation in the area of Trigrad for two nights.

In the morning we will visit the Trigrad Gorge, where the main target will be the Wallcreeper. Other birds to be seen here include the Alpine Swift, Eurasian Crag Martin, Peregrine Falcon, White-throated Dipper, Black Redstart, Rock Bunting.

This is the time of the blooming of the beautiful flower Haberlea rhodopensis.

In the rest of the day – we can explore conifer forests and meadows in the area, looking for Spotted Nutcracker, Rock Bunting, Crested Tit, Common Firecrest, Goldcrest, Corncrake, as well as some rare flowers, butterflies and reptiles.

Day 9
Morning transfer for ~ 3 hours to the northern part of the Pirin National Park, where we will spend all the afternoon (We will reach the high mountain areas with the tour bus along an asphalt road going up to ~ 2000 m).

Accommodation for two nights in the northern foot of the Pirin Mnts.

Day 11
Transfer (for about three hours) to Sofia for departure. 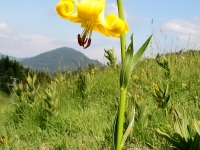 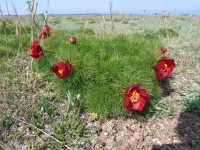 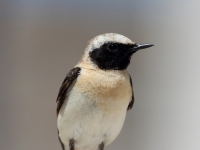 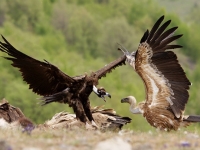 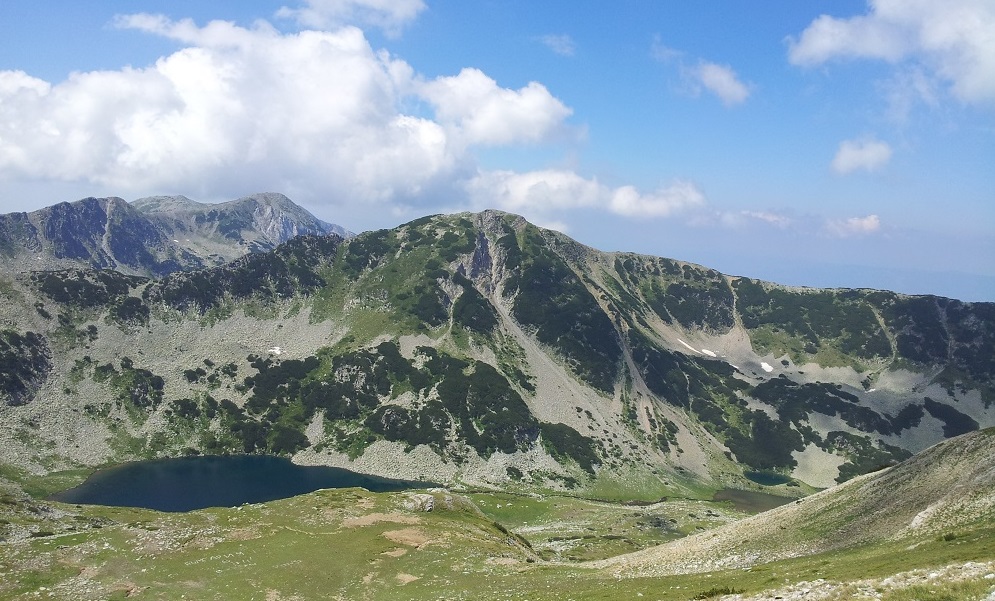 A view from the Pirin Mountain by Dimiter Georgiev

Arrival at Varna Airport and transfer north to Coastal Dobroudzha

The Strandzha Mnts, the Ropotamo river complex and the Bourgas wetlands

Transfer southwest to the Eastern Rhodopes through the Sakar Hills

A whole day in the Eastern Rhodopes

A whole day in the Western Rhodope Mnts

Transfer to the northern part of the Pirin Mnts; afternoon – Pirin National Park

Transfer to Sofia for departure